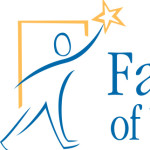 SkinnerBenoit contracted with Family Promise to manage operations during a time when the organization was experiencing a name change and a change in personnel. Family Promise plays a significant role in helping homeless families achieve and sustain independence in Billings and the surrounding area. The nonprofit organization brings shelter, meals, and support services to families without homes through a network of 24 local congregations and more than 1,400 volunteers. Since 2005, Family Promise of Yellowstone Valley has helped nearly 60% of network families successfully move into their own homes. 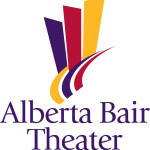 SkinnerBenoit contracted with ABT to manage the theater’s marketing, public relations and development activities during a transition period in which the theater did not have a marketing director or development director. Responsibilities included media placement and media relations; writing and distribution of news releases; direct mail campaigns; newsletter design and content development; grant prospect research, preparation, and management; ABT Playbill design, insert preparation and ad sales, special events coordination, and development activities.

Central Montana Resources (CMR) is a privately held company that holds substantial oil and gas leasehold interests situated in the Central Montana Uplift, northeast of Billings. The Company operations are based in Billings and its corporate and business offices are in San Antonio, Texas. For several years, CMR executives, board members, investors and shareholders from all over the United States and parts of Europe gathered in Billings for the company’s annual board retreat. SkinnerBenoit provided full planning and coordination for the event including transportation arrangements to nearby attractions (such as guided fishing excursions on the Big Horn River), transportation coordination for tours of the Central Montana Uplift, and catered meals and entertainment in historical venues in Billings and the surrounding area.

SkinnerBenoit coordinated all marketing and public relations statewide campaign to promote the grand opening of the newly constructed art museum located in Martinsdale, Montana. Activities included writing all website content and artwork cutlines, feature article placement in regional and state magazines, feature story placement in newspapers throughout Montana, editing of museum catalogue, and reporting to executive director/curator and Bair Trust board of directors.

Successfully developed and implemented a comprehensive public relations strategy that increased awareness of the historic home museum, resulting in a 27% increase in annual visitors.

SkinnerBenoit assisted the Judith Gap Centennial Committee in promoting the community’s 100-year anniversary, Services include notifying former Judith Gap residents of the celebration, enhancing visibility the Judith Gap community through story placement in newspapers throughout Montana, and coordinating the establishment and content of an interactive Judith Gap website.

SkinnerBenoit developed and coordinated an information technology initiative entitled Bring IT On, to secure funds and launch website construction of a user-friendly and accessible website for the 28 members of Cultural Partners.  The website, www.billingsevents.com, allows each partner to update information from the cultural organization he or she represents as well as jointly promoting all Billings’ arts and cultural events.

Hope for the Holidays six-week public awareness  campaign to promote cancer wellness facilities and events during the holidays.